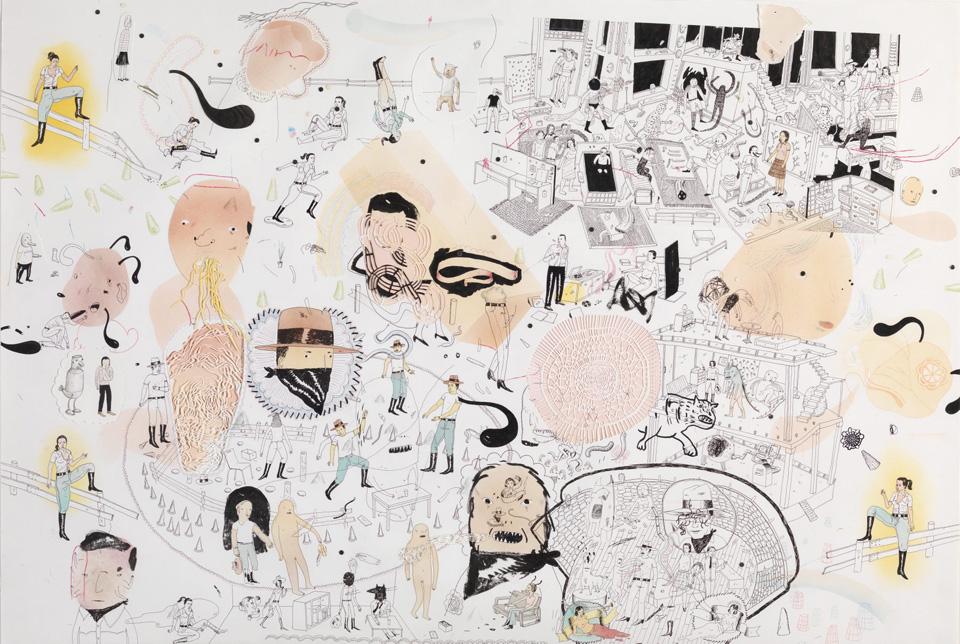 Next on the short list for the 2014 Hans Christian Andersen Award for Illustration is François Place (click on his name to go to his website). He debuted in 1993 as an author-illustrator with Les derniers géants (English trans., The Last Giants), an early 18thcentury story of an expedition in an unknown territory inhabited by fascinating giants.

He has become known for his incorporation of maps, and is best known for his epic L’atlas des géographes d’Orbae (The Orbae Geographers’ Atlas). In three volumes he created a world, Orbae. For each, he wrote a tale exposing the traditions of the place, and illustrated some of the fauna, flora and folkloric costumes.

In an interview (here), Place said he is careful about using the word artist to describe himself, “I see myself rather as a storyteller, through text and image.” Amazing artwork, none the less!

“The way I see it, if my story’s going to be the way I want it, I have to be my own target audience. I’m afraid that what I want to say will get diluted if I start thinking about the way anyone else, adult or child, might conceivably want to read my book” – Eva Lindström

Eva Lindström has illustrated for many other Swedish authors for decades, but writes and illustrates her own, and debuted in 1988 with Katmössan – The Cat’s Hat. Her books often deal with heavier subject matter, and she is well known for her expressive use of color.

Lucky you if you understand Swedish – here is a video interview (1hour?, with plenty of her art depicted), the description of which I give you from GoogleTranslate in undiluted form: ‘On November 19 2013 she talked about its authorship and artistry with Asa Warnqvist, Sbi. The program is part of Swedish children’s institution series with author and illustrator encounters.’ Gotta love them for trying!

Interesting tidbit: back in art school, Eva Lindström was a member of an activist group, ‘Svarta hämnarna (The Black Avengers), which made political statements through poster art.

Missed Part 1 with Rotraut Susanne Berner? Click HERE. You caught it? Good! On to the next on the shortlist: John Burningham

In 1964, my birth year, he made some smart moves: to marry Helen Oxenbury (another brilliant kid-lit author illustrator), AND to illustrate Ian Fleming’s Chitty-Chitty-Bang-Bang (published in 3 volumes in ’64-65) which surely launched the book’s international success and his own. My proof? At least 60 more books and multiple awards. Told ya.

I haven’t read enough to proclaim a favorite, but one I feel particularly drawn to is Come Away from the Water, Shirley, about Shirley and her parents who take a trip to the beach. Her parents settle in their beach chairs with knitting and newspapers, while Shirley is off fighting pirates and retrieving treasure. I adore the contrast!

Another I have had to read to my kids over and over, and gladly, is Mr. Gumpy’s Outing, which won Burningham his second Greenaway Medal in 1970.

Publisher: Jonathon Cope, 1970
Ages: 4 and up
Themes: boats, boating, animals
Opening: This is Mr. Gumpy. Mr. Gumpy owned a boat and his house was by a river.One day Mr. Gumpy went out in his boat. “May we come with you?” said the children. “Yes,” said Mr. Gumpy, “if you don’t squabble.”
Summary: (from B&N) One sunny day Mr. Gumpy decides to take a ride in his small boat. It’s a perfect idea for a lovely summer day, and soon he is joined by children, a rabbit, a cat, a pig, and a host of other friends. But when the goat kicks, the chickens flap, the dog teases the cat and the children squabble — the boat tips into the water and everyone tumbles out. No one minds getting wet on such a nice day, though, especially since Mr. Gumpy invites everyone to his house for tea.

Burningham at an exhibition celebrating 50 years of his work

Check out a slide show of some picture book art – HERE.; his wikipedia page HERE; some ‘Vintage” love for his debut as an author-illustrator in 1963 which, wouldn’t you know it, won the prestigious Kate Greenaway Medal – his first (comment to let them know to fix the date!) HERE; read more in an interview with Burningham and Oxenbury about their recent collaboration HERE

The Hans Christian Andersen Awards are given every other year to a living author and an illustrator, selected by the Int’l. Board on Books for Young People (IBBY) for their complete work in children’s literature. Yep, we don’t talk much about it in the States, but it’s the highest international recognition for kid-lit. The winners for 2014 have been announced, but I’d like to introduce (in 6 posts) everyone on the short list for illustration, because I didn’t know all of them, and I thought, if I am interested maybe someone else is!

Rotraut Susanne Berner has been working as a freelance graphic designer and illustrator since 1977. She has written and illustrated her own books, but illustrated for many others, has a big list of awards on her wikipedia page, a website HERE and a blog. She’s famous! And here is an interesting tid-bit: according to a 2008 Spiegel article, one of her Wimmelbuecher books, was finally given the green light to hit bookstores in the States. The publisher wanted to ‘get rid of’ a few things from the original book for the American market, including the ‘exposed’ little man below. Read about the original struggle in 2007 HERE

I did manage to find this very book through my library system!

Publisher: Chronicle Books, 2008
Ages: 2-5
Themes: city and town life, seasons
Opening: It’s mainly a wordless book, but the first page of each season’s section gives us a few character story-lines to follow in the coming pictures, like “Andrea oversleeps and misses the bus.”
Summary: (from the publisher) Big, colorful illustrations and minimal text set the stage for a delightful cast of characters as they go about their day-to-day adventures in one little town throughout the year. Playing, chasing pets, running errands, going to work: following what happens and looking for the many small surprises in the pictures will absorb and amuse children and parents alike.

The following video was made from her ‘Karlchen’ stories, funny everyday happenings in the life of a little rabbit! 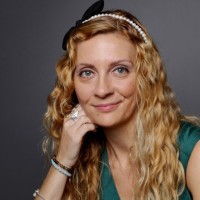