Way back in the 16th century “fancy” meant love. In the 17th century “footloose” meant you were free to go anywhere.

On the fourth of July in the United States we celebrate Independence Day and our freedom. So today I ask, how footloose are we when our government can and does restrict the freedom to go anywhere. Especially Cuba.

Ordinary citizens cannot just hop on a plane headed directly to Cuba. Actually it is not technically illegal, but unless you are a journalist, a student obtaining credits or are a Cuban-American visiting relatives you are prohibited from spending money there.

You may have heard that President Obama made a few changes in policy earlier this year and now the Treasury Department can again grant “people-to-people” licenses, which President George W. Bush had stopped issuing in 2003. Now in order to go you have to sign up with a licensed operator who has to apply for and be issued said license. Ah, but the Treasury Department has guidelines: the tours must “have a full-time schedule of educational exchange activities that will result in meaningful interaction between the travelers and individuals in Cuba.” You can’t bring back any famed cigars or rum for Uncle Bill either.

So, if your feet are restless to experience the forbidden fruits of a 50 year embargo, learn the steps of the traditional Cuban Habanera: the pace is slow and the movements are delicate.

Click to view One Dance, One Song – La Habanera a film by Pascal Magnin, embraces my intentions in spite of it being filmed in Buenos Aires and interpreting Bizet’s aria from the opera Carmen.

Happy Fourth! And know your freedoms!

How Free Are We? By Tishani Doshi

How Free Are We?? by Toritto 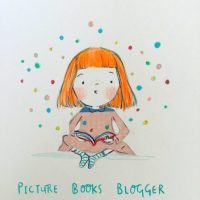